Into Shadow Grove – Part III of the Vermillion Saga

A mysterious, powerful group of sages operating secretly in a region known as Miriel, recruit your party to help them locate and seal a portal in a very remote region of Eos (the Wildlands). It is being used as a segue for evil creatures from the lower plane of Mophedus, into the Wildlands with the ultimate goal to destroy the elven empire in Cyridor, Ardessmus.

The mission begins in the far north of Vüdos, the triton kingdom, in a tiny seaside outpost on the shores of Lake Oranath. It is a remote, beautiful landscape filled with heavily-tattooed, dark-skinned humans, dwarves, wild elves, and many creatures unique to the area. Some powerful triton wizards are said to have their origins in this mysterious and desolate region.

The party receives a calling from what they will believe is a powerful force. That force is the Sages of the Storm Owl Feather. This group of high wizards, druids and paladins are wholey dedicated to, above all things, the protection of Eos. Their purpose, however, is the pursuit of knowledge in Eos’s history, modern and ancient warfare, nature, arcana and the study of books and artifacts, both magical and non-magical.

These powerful sages have learned of the creation of the portal  located within the Wildlands in a foreboding place known by locals as the Black Grove (Shadow Grove). They have also learned the portal is being used as an entry point into the Eos, but never by good creatures, only by evil creatures from the lower plane known as Mophedus.  The problem is, the sages do not know where, exactly, it is located. They believe it may be located somewhere in Shadow Grove. The grove is a mysterious place, which the sages know little about. For eons it was a small, non-distinct forest. Then new types of trees appeared and they grew taller and taller, in most areas casting out nearly all sunlight below them. Its  outskirts became flooded, and over time the forest became infested with dense vegetation, vile insects and undesirable beasts.

More on Into Shadow Grove is coming soon. Bookmark us or join our subscriber list and receive the latest updates. 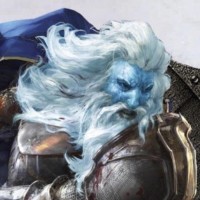